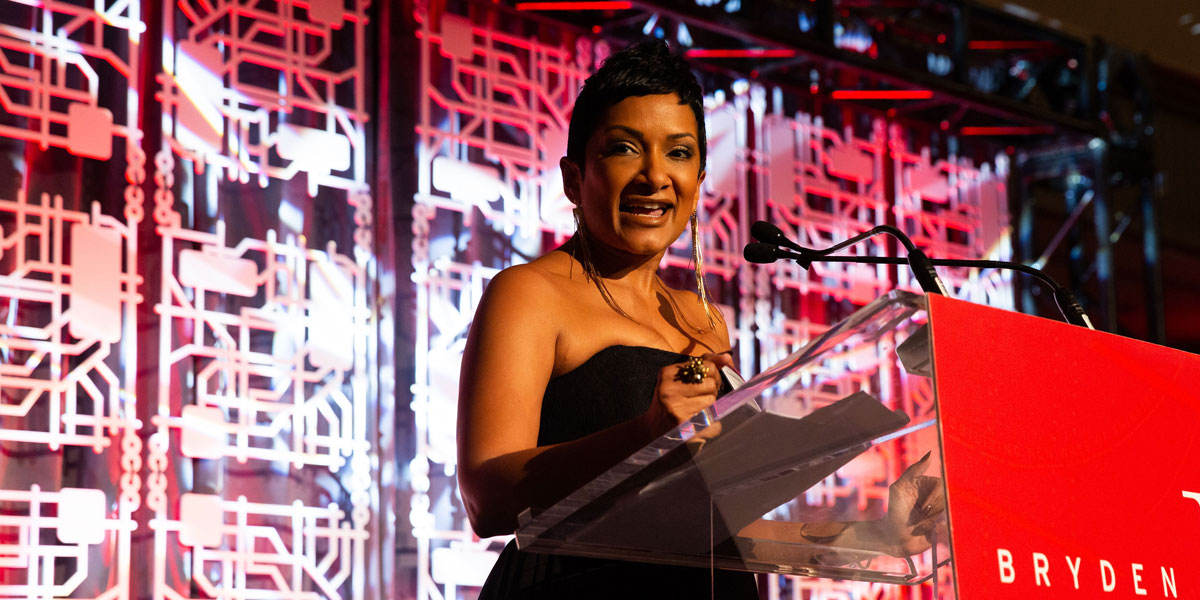 The 2018 Annual Bryden Alumni Awards, held at Arcadian Court on Nov. 20, 2018, were presented to alumni who have achieved the extraordinary and made remarkable contributions to York and their communities.

To see photos from the evening, please visit the 2018 Bryden Alumni Awards photo gallery on our Alumni Facebook page. 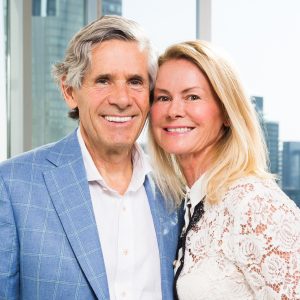 Cheryl and Rob McEwen, have donated in excess of $60 million to encourage excellence & innovation in healthcare and education. Their donations have led to the establishment of the McEwen Centre for Regenerative Medicine at Toronto General Hospital; McEwen School of Architecture at Laurentian University; the McEwen Leadership Program at St. Andrew’s College; and the Lakefield College Gym & Entrepreneurial scholarship. In addition, significant donations were made to the Margaret Cochenour Memorial Hospital & Red Lake Regional Heritage Centre.

In 2017, the McEwens made a $8-million donation to the Schulich School Business – one of the largest gifts ever received by the school. Schulich and York University named the Rob and Cheryl McEwen Graduate Study & Research Building in honour of their long-term support of the school. With this donation, the McEwens have donated more than $10 million to Schulich and York University.

Rob McEwen is Chairman and Chief Owner of McEwen Mining Inc. with the goal of entering the S&P 500. Founder & former Chairman & CEO of Goldcorp Inc., one of the world’s largest gold producers. In 1990, Rob jumped from the investment industry into the mining industry where he consolidated five companies to create Goldcorp Inc. During his last thirteen years as Goldcorp's CEO, the company’s market capitalization grew from $50 million to over $8 billion and its share price grew at a compound annual rate of 31%. He is a recipient of the Order of Canada: Queen Elizabeth's Diamond Jubilee Award; Honorary Doctor of Laws; 2001 PDAC Developer of the Year Award; 2017 inducted into The Canadian Mining Hall of Fame. He sits on the Dean’s Advisory Board, Schulich School of Business; X Prize Foundation: Vision Circle and Board of Trustees; CEO & WPO.

Cheryl McEwen is a volunteer, philanthropist and entrepreneur. She is the recipient of a Queen Elizabeth II Diamond Jubilee Award for her contributions to advance research in regenerative medicine and stem cells. She is the vice-chair of Toronto General & Western Hospital Foundation Board, serving on the board since 2005, which raises money for research, education and enhanced patient care. She is also an entrepreneur, having worked for 25 years within the fashion industry, and is the founder of Make My Day Foods Inc., creators of The Veggie Puck®, a raw, organic mix of five super vegetables, mulched and compressed and frozen into puck-shaped portions. Cheryl is a firm believer in the ability of nutrition to prevent disease and support overall mental and physical well-being. As Co-Chair of the Grand Cru Culinary Wine Festival in Toronto, Cheryl has helped raise over $26 million to support medical research and patient care. In addition, Cheryl was a significant advocate to bring the David Bowie exhibit to the AGO. That exhibit brought the AGO to new audiences and broke attendance records. Cheryl continues to pursue personal education having completed, Level 1 Sommelier and Level 2 Snowboard Instructor Certification. 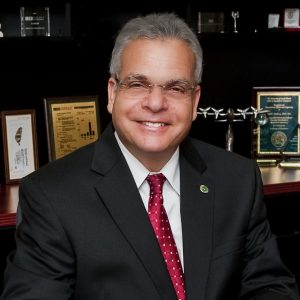 Paul Sanberg is Senior Vice President for Research, Innovation & Knowledge Enterprise; Distinguished University Professor of Medicine, Engineering, and Business; and Executive Director, Center of Excellence for Aging and Brain Repair at the University of South Florida, and President of the National Academy of Inventors. His work has been instrumental in understanding and developing new pharmaceutical and cellular therapeutics for stroke, Alzheimer’s, ALS, Huntington’s, Parkinson’s disease and Tourette syndrome. He trained at York University, University of British Columbia, The Australian National University, and Johns Hopkins University School of Medicine; and held faculty appointments at the University of Cincinnati and Brown University, among others.

His research involves discovering innovative ways to repair the damaged brain, and he helped lead the team that demonstrated the use of umbilical cord blood derived cells for neurological disease. He is an inventor on 160 worldwide patents, and author of more than 660 articles and 14 books, with more than 32,000 citations. He has served on numerous scientific advisory boards, including the National Institute on Drug Abuse of the National Institutes of Health. He has industry experience as a founder or director of a number of companies involved in cell therapy for degenerative disorders. He has served on editorial boards for more than 30 scientific journals, is co-editor-in-chief of Technology and Innovation: Journal of the National Academy of Inventors, and has served as president of a number of professional societies, including the American Society for Neural Transplantation and Repair, Cell Transplant Society, and International Behavioral Neuroscience Society.

He is a Fellow of the American Association for the Advancement of Science; American Institute for Medical and Biological Engineering; National Academy of Inventors, Royal Societies of Chemistry, Public Health, and Medicine. His many awards include: Fulbright Specialist to Australia, Sigma Xi’s John P. McGovern Science & Society Award; Florida Academy of Sciences Medalist, Florida Inventors Hall of Fame inductee, and inaugural AAAS-Lemelson Invention Ambassador. He also serves on the nomination evaluation committee of the U.S. National Medal of Technology and Innovation; Smithsonian Innovation Festival selection committee; and APLU Commission on Innovation, Competitiveness, and Economic Prosperity. 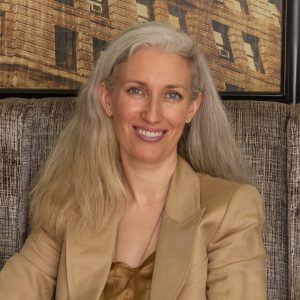 Pernille Ironside has spent nearly two decades advocating for the rights of children in need, working in conflict and disaster zones with the United Nations. She has been involved in the delivery of humanitarian assistance and protection that has benefited millions of vulnerable children and their families. This has included the negotiated release and reintegration of thousands of ‘child soldiers’ from armed forces/groups, in contexts as diverse as Central African Republic, Chad, Democratic Republic of Congo (Goma), Iraq, Myanmar, Nepal, Nigeria, Pakistan, Philippines, Somalia, South Sudan, State of Palestine (Gaza) and Yemen.

Ironside has consistently challenged herself to make a difference in the lives of vulnerable children. Much of her career has been as a child protection specialist on the front lines, protecting children from violence, exploitation and abuse – whether in eastern Congo during one of the worst humanitarian crises at the time, in Yemen prior to the current conflict, or in the Philippines (Tacloban) in the aftermath of super-typhoon Haiyan (Yolanda) as part of an immediate response team. At UNICEF Headquarters in New York, she advised senior leaders and front line workers in 20 countries affected by armed conflict and/or natural disaster.

While UNICEF’s Chief of Field Office in the Gaza Strip, she and her team were awarded an internal UNICEF staff team award for their humanitarian action during the 51-day conflict in 2014. More recently, she was UNICEF’s Chief of Field Operations in Iraq (Baghdad), where she led efforts to deliver humanitarian assistance to vulnerable children and their families across Iraq, particularly in relation to the Anbar and Mosul crises.

Since January 2017,  Ironside has been serving as UNICEF’s Deputy Representative in Nigeria (Abuja), which is amongst UNICEF’s largest development and humanitarian programs. She has led the preparation of a strategic new five-year partnership for UNICEF in Nigeria, aimed at helping Africa’s most populous country to accelerate results for children in the most deprived areas, and thus progress towards achieving the key Sustainable Development Goals by 2030. She also chaired the development of a new inter-agency UN Strategic Development Partnership Framework (2018-2021) for the broader United Nations with the Government of Nigeria.

In addition to her work with UNICEF,  Ironside has held positions with the UN Peacekeeping Mission in the Democratic Republic of the Congo (MONUC) in Goma, the UN Office for the Coordination of Humanitarian Affairs (OCHA) in New York, the Canadian Human Rights Commission and the Canadian Department of Foreign Affairs and International Trade.

She has received numerous commendations, including the Queen Elizabeth II Diamond Jubilee Medal (2012), and was named one of Canada’s Top 40 Under 40 (2007) by Caldwell Partners for outstanding achievement. A licensed lawyer, Ironside holds Canadian degrees in Commerce (UofA) and Law (York U), and a Masters in Law (Columbia U). Pernille was born and raised in Edmonton and is mother to a son born earlier this year. 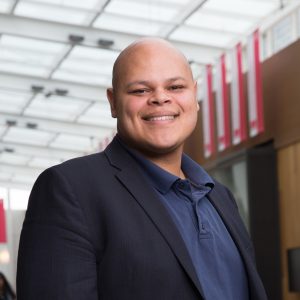 One to WatchJamil Jivani, BA '10 Lawyer, Law Professor and Author

Jamil Jivani is a Canadian lawyer, activist, professor and author. He is focused on creating economic opportunities for families, empowering youth and improving public safety.

Jamil has held research and teaching appointments at Osgoode Hall Law School and Yale Law School. Jamil was also the director of law and policy at Our Ohio Renewal, a nonprofit organization founded at Ohio State University to develop solutions to the issues raised in J.D. Vance's bestselling memoir "Hillbilly Elegy." He previously practiced law at the international business law firm Torys LLP.

Jamil's community leadership has included founding the Citizen Empowerment Project and serving as Vice Chair of the Children's Aid Society of Toronto. He has also volunteered with youth organizations in Kenya, Egypt and Belgium.

Jamil's work in disadvantaged neighborhoods in North America and Europe has led him to appear on numerous national and international television and radio programs. His writing has been published by The UK Guardian, Globe and Mail, Toronto Star, National Post and Australia’s Quillette magazine.

A graduate of Humber College, York University and Yale Law School, Jamil was named the 2015 young lawyer of the year by the Canadian Association of Black Lawyers and received the International Development and Relief Foundation’s 2017 youth leadership award.

Jamil’s first book "Why Young Men: Rage, Race and the Crisis of Identity" was published by HarperCollins in April 2018 and listed for the Toronto Book Awards.